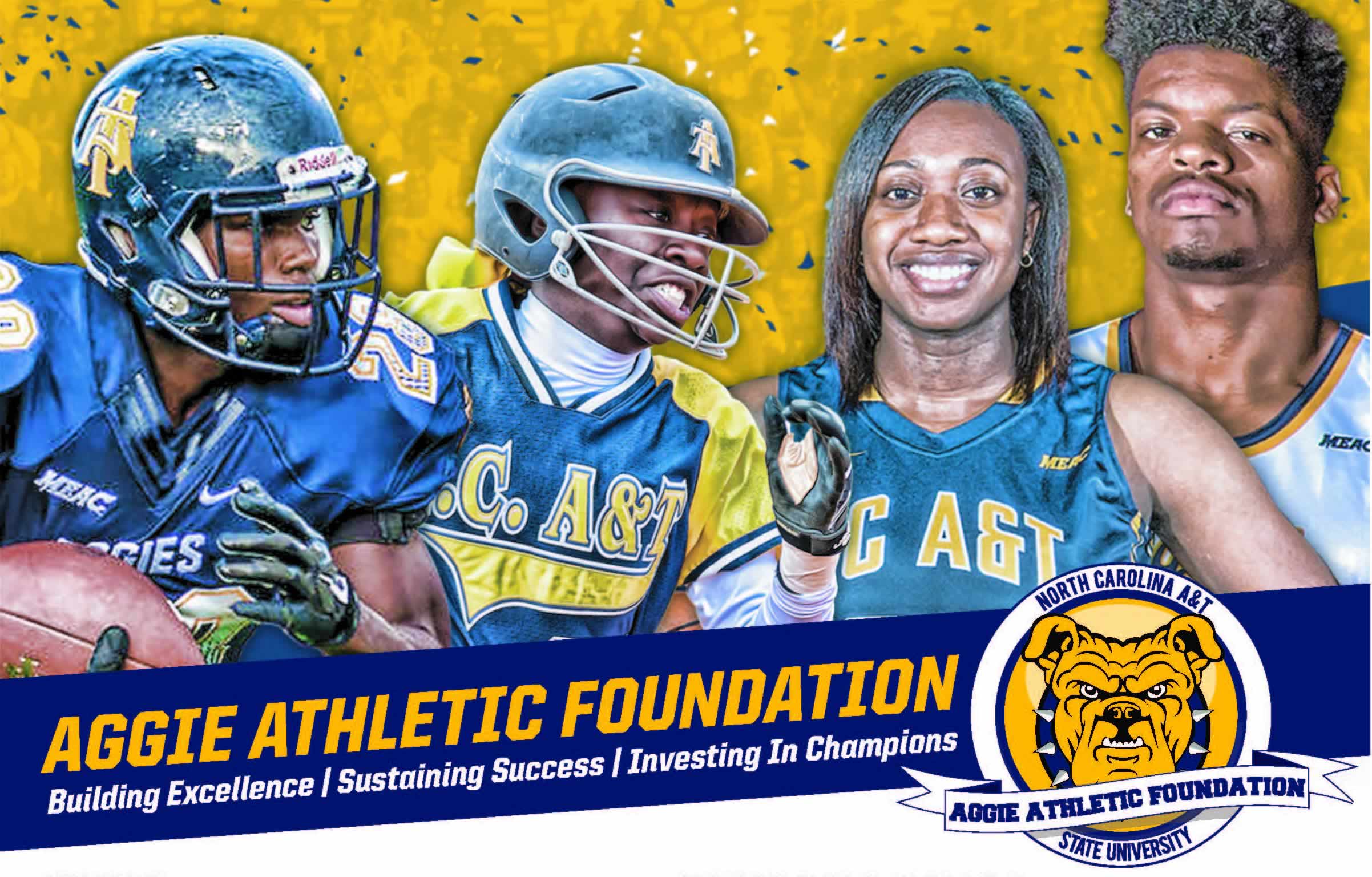 The mission of The Aggie Athletic Foundation is to provide support to the Athletics Department at North Carolina A&T State University and to foster the athletic and academic development of student athletics.

The Aggie Athletic Foundation was established July 1, 2011; and it’s the official fundraising arm of the NC A&T Athletics Department. We provide the platform for individuals to celebrate and recognize the value of the Aggie Athletics experience.

The AAF offers many ways for individuals to show their support: annual giving, endowments, planned giving and capital projects. When you invest in Aggie Athletics, you become a part of a great legacy and tradition at A&T.

WHY WE NEED YOUR SUPPORT

Donations to The AAF provide additional resources in support of programs, coaches and student-athletes during a time when North Carolina A&T State University Athletics is experiencing increased operational costs and budget cuts. By becoming a donor, you can make a tangible difference in our quest for excellence in every aspect of competition. North Carolina A&T State University Athletic programs are funded annually from the combination of ticket sales, the student body athletic fee, ticket and sponsorship sales; and most importantly through private donations to The AAF by generous supporters like you.

The AAF is a donor organization designed to offer our North Carolina A&T State University athletic donors premiere benefits for their steadfast support of Aggie Athletics.

Donor levels start at $100; and determine benefits that include priority ticket purchasing, priority parking, first right to secure tailgating space and much, much more. A “point system” is utilized to administer the allocation of benefits. Points are awarded to donors based on giving behavior as well as giving levels.

The point system will help determine where you can sit in Aggie Stadium and Corbett Sports Arena along with expanded parking options. This is just the beginning of a new and expanded booster organization designed to reward your support of Aggie Athletics.

The Aggie Athletic Foundation (AAF) is proud to announce our new Young Alumni Program for recent NC A&T graduates. Individuals who were awarded an undergraduate degree from the university, within four (4) years of the then current benefit period, can join the AAF at the following reduced rates after graduation: $75 off for the first year, $60 off for the second year, $40 off for the third year and $15 off for the fourth year. This discount is applicable to all giving levels and eligible participants will receive full AAF benefits of their chosen giving level. Young Alumni will be allowed to participate in the program for four (4) consecutive years relative to their year of graduation, but will only be eligible for the reduced rate that corresponds to the years removed from graduation (e.g., an individual initially joining the third year after graduation will receive a $40 reduced rate). For additional information regarding this program, please call 336-285-3063 or go to aggieboosters.com.

To make your contribution by check, make payable to “DCAAF” and mail to: